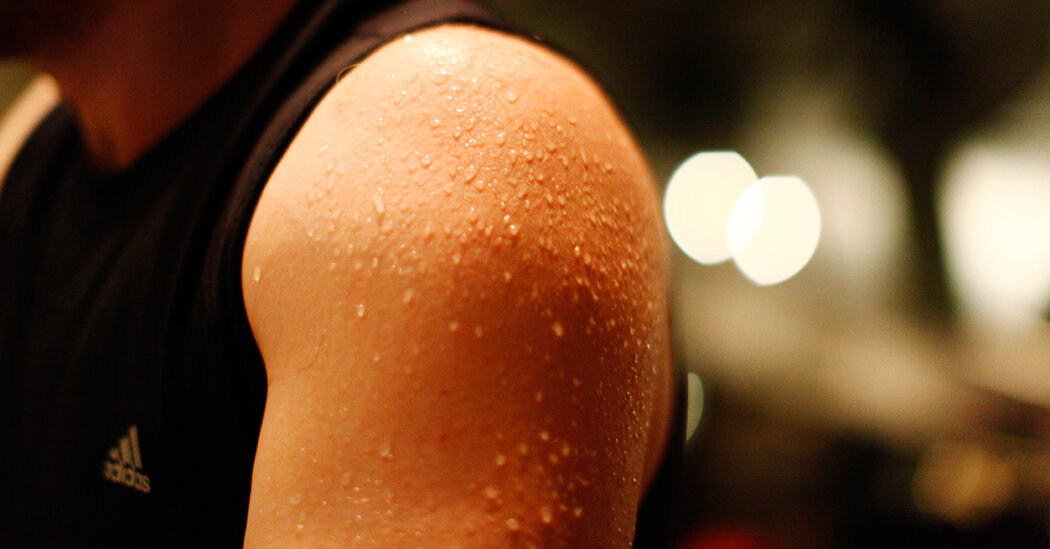 During week two, the riders added a third HIIT session and ramped up the length of some of their intervals to a draining eight minutes. In week three, they worked out five times, with a mix of four-minute and eight-minute spurts of all-out pedaling. Finally, in week four, for recovery, they effectively halved the amount and intensity of their exercise. Each week, the researchers repeated all testing.

Then they compared how people’s bodies had changed week over week.

At first, the findings were encouraging. By the end of week two, the riders were pedaling harder and appeared to be getting fitter, with better daily blood-sugar control and more total mitochondria in their muscle cells. Each of these mitochondria was also more efficient now, producing greater amounts of energy than at the start.

But something began to go wrong during week three. The volunteers’ ability to generate power while cycling flattened, and their subsequent muscle biopsies showed sputtering mitochondria, each of which was now producing only about 60 percent as much energy as during the previous week. The riders’ blood-sugar control also slipped, with seesawing spikes and dips throughout the day.

After a week of lower-intensity riding, their mitochondria started to bounce back, producing more energy, but still 25 percent less than during week two. Their blood-sugar levels also stabilized, but again, not to the same extent as before. The riders could pedal, however, with the same — or even greater — vigor as in week two.

Taken as a whole, the monthlong experiment suggests that “HIIT exercise should not be excessive if increased health is a desired outcome,” says Mikael Flockhart, a doctoral student at the Swedish School of Sport and Health Sciences, who conducted the study with his adviser, Filip Larsen, and others.

The study was not focused on athletic performance, but even for serious athletes, he says, piling on multiple, intense, interval workouts each week, with little rest between them, is likely to lead to a tipping point, after which performance, as well as indicators of metabolic health, slip.

The researchers are not sure precisely what changes within their volunteers’ bodies and muscles precipitated the negative results in week three. They tested multiple potential molecular causes, Mr. Flockhart says, but did not isolate an obvious, single instigator. He and his colleagues suspect that a cascade of biochemical changes within people’s muscles during the hardest week of exercise overwhelmed the mitochondria then, and the weakened mitochondria contributed to the disruptions in people’s blood-sugar control.